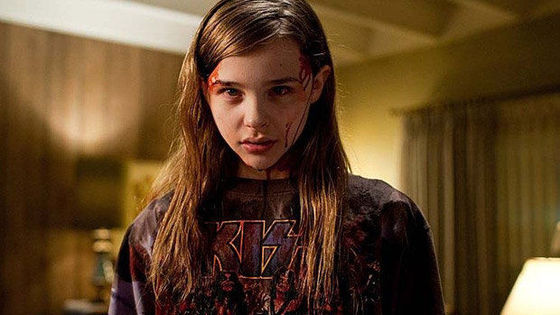 Carrie White is back.

Originally a story written by Stephen King, “Carrie” has been remade once again for the big screen and was released on Oct. 18. The original “Carrie” film was created in 1976, nearly 40 years ago. I’m not hugely into the horror genre, but when I saw the trailer I was intrigued.

“Carrie” focuses on a shy teenage girl from Maine who is controlled by her intensely religious mother and is ostracized by her peers. When put under immense stress by her classmates and her mother, Carrie learns to control her telekinetic powers, which she inherited from her grandmother. Carrie’s mother believes that the “powers” are actually the devil working through her.

As a Halloween movie, it is certainly not short on blood and horror. In one scene, Carrie has pig’s blood dumped all over her at the prom prior to being crowned prom queen. This is the final straw for Carrie. Her classmates have finally pushed her too far, and she proceeds to go on a rampage, using her telekinetic powers to kill nearly everyone.

Starring as Carrie White, Chloë Grace Moretz takes the audience by storm with her character delivery. Julianne Moore, playing Carrie’s mother, does an excellent job portraying a character that is so far gone crazy that it actually becomes laughable.

Overall, I did feel the plot itself was not developed enough; it seemed to beg for more. However, the actors’ performances were so phenomenal that it made up for the lacking plot.

If you are looking for a movie to go see on Halloween, “Carrie” is a good option.