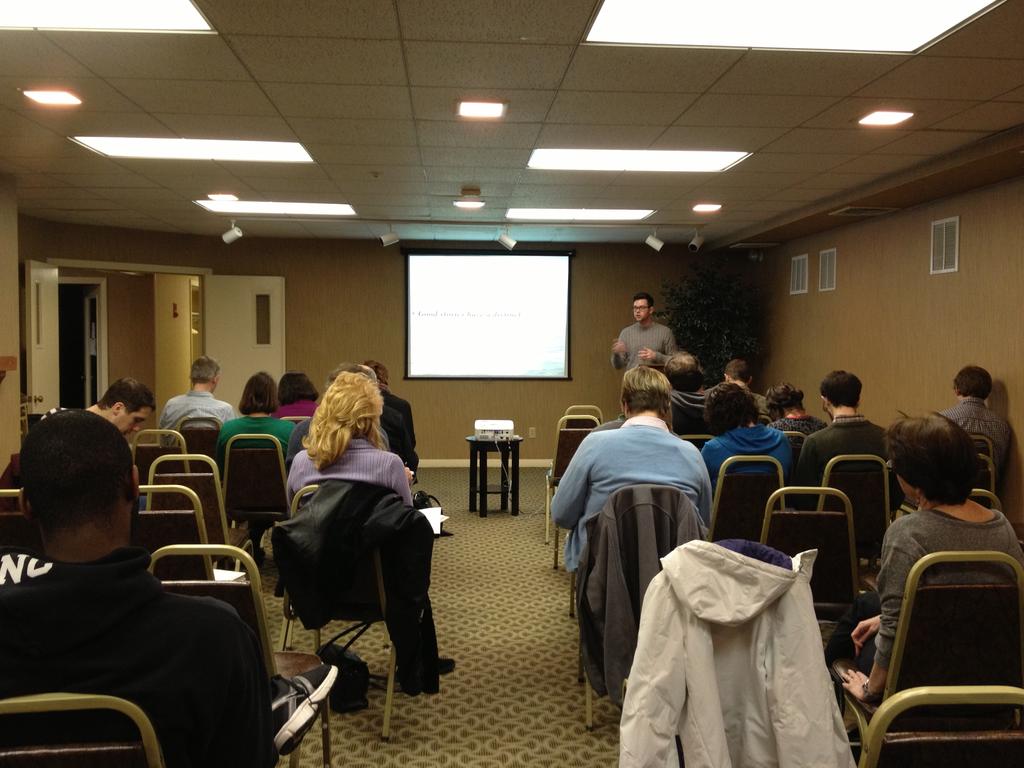 Rockport, Mass., which reaches out in the Atlantic Ocean at the tip of Cape Ann, was host to the English Club’s annual writers’ retreat, which took place Jan. 18-20 at the Rockport Inn & Suites.

Around the same time, visiting professor of journalism Jonathan Fitzgerald became involved, forming something like a bridge between the on-campus and off-campus organizers.

Fitzgerald ended up taking a large role and was responsible for much of the retreat’s success.

The featured guests included Books & Culture editor John Wilson, 9-time author Giberson, author of “A Faith of Our Own” Jonathan Merritt, and Fieldnotes editor Alissa Wilkinson, among others.

The retreat opened with a plenary session led by Giberson, followed by a musical performance by Jake Armerding & The Fretful Porcupine. Saturday and Sunday consisted of plenary sessions, workshops, an open mic reading, and a panel discussion.

The most encouraging aspect to Fitzgerald was, “The diversity of turnout in terms of age and level of writing ability.”

In September and October, Fitzgerald was afraid that the retreat may not happen.

“A few friends outside of ENC began to use their network to reach out to people,” he said. “I have to thank Eric Clark who gave money to bring ENC students in, which made me feel really good about it.”

While Fitzgerald says the retreat ran smoothly, there are some changes he would make next time around.

“I think that getting the English Club, college, and students more involved early on in the process would have been helpful.”